Charles Knight recently retired as a Professor at the University of Massachusetts Boston, of which he was one of the founding faculty, and where he still continues to teach. He is a specialist in eighteenth-century British literature; he has written Joseph Addison and Richard Steele: A Reference Guide (1994) and numerous articles for journals such as Modern Language Review, Philological Quarterly, Modern Philology, Comparative Literature and Eighteenth-Century Studies. 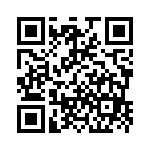