Writer Audrey Thomas was born in Binginham, New York on November 17, 1935. She received her B.A. from Smith College in 1957 and her M.A. in English from the University of British Columbia in 1963, where she worked towards a Ph.D. in Anglo-Saxon language and literature. Following her return to Vancouver from Ghana, Thomas published her first collection of stories, Ten Green Bottles (1967), and then several novels: Mrs. Blood (1970), Songs My Mother Taught Me (1973), Latakia (1979), and Real Mothers (1981), a collection of stories. Thomas received the Marian Engel Award in 1987 and the Canada-Australia Literary Prize in 1990. She has won the B.C. Book Prize for fiction three times: for her novel Intertidal Life (1985), the short story collection Wild Blue Yonder (1991), and most recently for the novel Coming down from Wa (1995). She was nominated for the Governor General's Literary Award and Commonwealth Literature Prize in 1996. Thomas has taught creative writing at the University of Victoria and at the University of British Columbia and has been writer-in-residence at Concordia University, Simon Fraser University, and others. 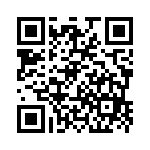