NEMESIS: The Last Days of the American Republic

A paean—perhaps premature, perhaps overdue—for a republic-turned-empire.For those of a blue-state bent, the midterm election of 2006 may seem to have changed things for the better. But political ... Leer comentario completo

good read for everyone interested in how and why things are the way they are. Leer comentario completo

Chalmers Johnson, president of the Japan Policy Research Institute, is the author of the bestselling Blowback and The Sorrows of Empire. A frequent contributor to the Los Angeles Times, the London Review of Books, and The Nation, he appeared in the 2005 prizewinning documentary film Why We Fight. He lives near San Diego. 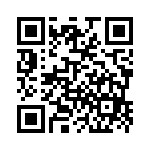