[1] Review of the content: The Works of William Shakespeare (9 volumes, 1st edition 1863?5?, 2nd edition 1893, reprinted in at least1895 and 1904), subtitled The Cambridge Shakespeare, is an excellent concordance for Shakespeare's works. When the words in the official Folio versions of Shakespeare don't make sense, it may be because whoever originally transcribed the plays was rushed. Subsequent scholars, poring over these texts and using their heads, have guessed at what Shakespeare probably wrote, or at least meant, and this 9-volume set lists those alternatives in the footnotes. The 5-star rating is for the content.
[2] Review of this particular volume: Google's scan of volume 1 in the set, New York Public Library's copy. This volume contains
-- The Tempest
-- Two Gentleman of Verona
-- Merry Wives of Windsor
-- Measure for Measure
-- Comedy of Errors.
A rating for the scanning by Google would be 0-stars. **The pdf's are sharp and readable but the OCR is minimal. That makes the book very hard to find by searching.**
You cannot find the book itself, nor a page within the book, by word-searching a particular phrase in a speech in one of the plays. Oddly, only words that were capitalized in the book were ever found by using the search-this-book search box. I typed the terms in lower case but only got hits for all-cap occurrences, and then not all of those. Examples: (a) some instances of the names of the plays, and (b) some instances of text that appears in page headers, such as "Act V."
By the way, Google's scan of another volume in the series, Volume 6,
which was scanned from a 1904 edition from Harvard's library, has adequate OCR. Vol. 6 contains
-- Troilus & Cressida
-- Coriolanus
-- Titus Andronicus
-- Romeo & Juliet
I originally discovered Vol. 6 by searching on Google for an unusual phrase that appears in Coriolanus.
Later, when I wanted to see a concordance for a particular speech in Comedy of Errors, I could not at first find the volume at all. Since I knew that The Comedy of Errors had to be in a series called "The Works of William Shakespeare," I tried various words that appear in the front of Volume 6. "Cambridge Shakespeare" did NOT work, by the way.
Volume 1, like many other Google editions of Shakespeare - and perhaps many scans on Google - has dreadful or no OCR, and Google apparently neither knows nor cares that it could use clever software as a substitute for human proofreaders. For example, there are Google versions of Shakespeare's works in which the Bard's name is not consistently spelled S-H-A-K-E-S-P-E-A-R-E but sometimes appears as combinations of characters such as "(ha!esp.avo": recognizable by a reader but definitely not Googlable. Pity.

Página 334 - Be absolute for death ; either death or life Shall thereby be the sweeter. Reason thus with life : If I do lose thee, I do lose a thing That none but fools would keep. A breath thou art (Servile to all the skyey influences) That dost this habitation, where thou keep'st, Hourly afflict.
Aparece en 417 libros desde 1767-2008
Página 36 - A strange fish! Were I in England now, as once I was, and had but this fish painted, not a holiday fool there but would give a piece of silver. There would this monster make a man. Any strange beast there makes a man. When they will not give a doit to relieve a lame beggar, they will lay out ten to see a dead Indian. Legg'd like a man! and his fins like arms! Warm, o
Aparece en 562 libros desde 1788-2008
Más
Página 351 - Take, O, take those lips away, That so sweetly were forsworn ; And those eyes, the break of day, Lights that do mislead the morn : But my kisses bring again, bring again ; Seals of love, but seal'd in vain, seal'd in vain.
Aparece en 636 libros desde 1801-2007
Página 53 - O, it is monstrous, monstrous: Methought the billows spoke and told me of it; The winds did sing it to me, and the thunder, That deep and dreadful organ-pipe, pronounced The name of Prosper: it did bass my trespass. Therefore my son i' the ooze is bedded, and I'll seek him deeper than e'er plummet sounded And with him there lie mudded.
Aparece en 484 libros desde 1788-2008
Página 64 - Ye elves of hills, brooks, standing lakes and groves, And ye that on the sands with printless foot Do chase the ebbing Neptune and do fly him When he comes back ; you demi-puppets that By moonshine do the green sour ringlets make, Whereof the ewe not bites, and you whose pastime Is to make midnight mushrooms...
Aparece en 376 libros desde 1788-2008
Página 19 - Cal. 0 ho, 0 ho ! would it had been done ! Thou didst prevent me; I had peopled else This isle with Calibans. Pros. Abhorred slave, Which any print of goodness wilt not take, Being capable of all ill ! I pitied thee, Took pains to make thee speak, taught thee each hour One thing or other : when thou didst not, savage, Know thine own meaning, but wouldst gabble like A thing most brutish, I endow'd thy purposes With words that made them known.
Aparece en 363 libros desde 1788-2008
Página 29 - All things in common nature should produce Without sweat or endeavour : treason, felony, Sword, pike, knife, gun, or need of any engine, Would I not have; but nature should bring forth, .Of its own kind, all foison, all abundance, To feed my innocent people.
Aparece en 427 libros desde 1709-2008
Página xxiv - ... are now offer'd to your view cur'd and perfect of their limbes, and all the rest absolute in their numbers as he conceived them ; who, as he was a happie imitator of Nature, was a most gentle expresser of it. His mind and hand went together ; and what he thought, he uttered with that easinesse that wee have scarse received from him a blot in his papers.
Aparece en 184 libros desde 1809-2007
Página 296 - That to the observer doth thy history Fully unfold. Thyself and thy belongings Are not thine own so proper, as to waste Thyself upon thy virtues, they on thee. Heaven doth with us as we with torches do, Not light them for themselves ; for if our virtues Did not go forth of us, 'twere all alike As if we had them not.
Aparece en 601 libros desde 1788-2007
Página 75 - Gentle breath of yours my sails Must fill, or else my project fails, Which was to please. Now I want Spirits to enforce, art to enchant ; And my ending is despair, Unless I be relieved by prayer ; Which pierces so, that it assaults Mercy itself, and frees all faults. As you from crimes would pardon'd be, Let your indulgence set me free.
Aparece en 354 libros desde 1806-2008
Menos 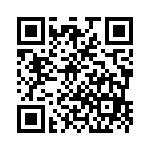