This book surprises me. I picked it up because I wanted to see what life was like on the other side. I opened it up on the airplane and had to keep from laughing just by reading the forward. Mr ... Leer comentario completo

Página 216 - American people which declared that their legislature should ' make no law respecting an establishment of religion or prohibiting the free exercise thereof,' thus building a wall of separation between church and State.
Aparece en 458 libros desde 1793-2008
Página 30 - If there is any fixed star in our constitutional constellation, it is that no official, high or petty, can prescribe what shall be orthodox in politics, nationalism, religion, or other matters of opinion or force citizens to confess by word or act their faith therein If there are any circumstances which permit an exception, they do not now occur to us.
Aparece en 1092 libros desde 1798-2008
Más
Página 100 - In Germany they first came for the Communists, and I didn't speak up because I wasn'ta Communist. Then they came for the Jews, and I didn't speak up because I wasn'ta Jew. Then they came for the trade unionists, and I didn't speak up because I wasn'ta trade unionist. Then they came for the Catholics, and I didn't speak up because I was a Protestant. Then they came for me —and by that time no one was left to speak up.
Aparece en 247 libros desde 1932-2008
Página 127 - Amendment rests on the assumption that the widest possible dissemination of information from diverse and antagonistic sources is essential to the welfare of the public, that a free press is a condition of a free society.
Aparece en 401 libros desde 1890-2008
Página 55 - The United States has for decades sought to play a more permanent role in Gulf regional security. While the unresolved conflict with Iraq provides the immediate justification, the need for a substantial American force presence in the Gulf transcends the issue of the regime of Saddam Hussein.
Aparece en 72 libros desde 2002-2008
Página 97 - Every purchase you make with a credit card, every magazine subscription you buy and medical prescription you fill, every Web site you visit and e-mail you send or receive, every academic grade you receive, every bank deposit you make, every trip you book and every event you attend — all these transactions and communications will go into what the Defense Department describes as "a virtual, centralized grand database.
Aparece en 23 libros desde 1993-2008
Página 20 - Chief, to take all necessary measures to repel any armed attack against the forces of the United States and to prevent further aggression.
Aparece en 579 libros desde 1923-2008
Menos

Alan Colmes brings hope and anger to millions each week as the cohost of Hannity & Colmes, the number one debate program on television. He also hosts the wildly popular radio show Fox News Live with Alan Colmes. His previous venues include WABC, WNBC, and WEVD in New York and WZLX in Boston. In 1990, Colmes hosted the Radio Hall of Fame Awards. He lives in New York City. 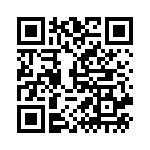