Distinguished both as poet and painter, Tomlinson was born in Stoke-on-Trent and received his B.A. from Queen's College, Cambridge, in 1948. After a few years of elementary school teaching and a period as private secretary in northern Italy, he returned to study at London University, from which he received an M.A. in 1955. He has taught in the English department at the University of Bristol and visited the United States to teach at the University of New Mexico and at Colgate University. One of the British poets most open to transatlantic influences, Tomlinson has profited from an array of modern American poets, including Marianne Moore, Wallace Stevens, William Carlos Williams, Ezra Pound, and the objectivist group. Having begun as a painter, he often emphasizes visual elements in his verse."My theme is relationship," he has said, "a phenomenological poetry, with roots in Wordsworth and in Ruskin, is what I take myself to be writing." Many of Tomlinson's best poems, such as "At Barstow" and "Two Views of Two Ghost Towns," concern the American West. He has also done critical essays and some fine translations of Spanish writers, including the poetry of Antonio Machado y Ruiz. 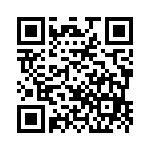