Anthony Astbury is the editor of the Greville Press. 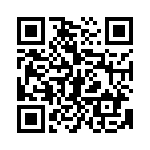