Andrew Marvell was born on March 31, 1621 at Winestead-in-Holderness, Yorkshire. He graduated from Cambridge University in 1638. He acted as the tutor of the daughter of the Lord General of parliamentary forces and of Oliver Cromwell's ward. Marvell was also John Milton's assistant. Marvell's best known poem is "To His Coy Mistress." Under false names, he wrote numerous political and religious satires. Andrew Marvell died on August 16, 1678, the circumstances of his death questionable. Some claim that he died of an accidental medical overdose while others feel that he was poisoned by his enemies. 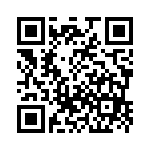