Página 136 - What did he reckon would become of the other half if he killed his half? Do you reckon he thought it would live?
Aparece en 42 libros desde 1894-2007

Cassandra Jackson is Assistant Professor of English at Northeastern University. 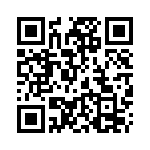