James Shapiro was born in Brooklyn, New York on September 11, 1955. He earned a B.A. and Master's degrees at Columbia University, and his Ph.D. at the University of Chicago. His work in teaching includes Dartmouth College, Goucher College, Colombia University, and Fulbright lecturer at Bar-llan University and Tel-Aviv University. He served as the Samuel Wanamaker Fellow at the Globe Theatre in London. He has received awards from the National Endowment for the Humanities, The Huntington Library, and the Memorial Foundation for Jewish Culture. He has written for numerous periodicals such as the Chronicle of Higher Education and the New York Times Book Review. His more recent books include 1599: A Year in the Life of William Shakespeare, for which he won the 2006 Samuel Johnson Prize and the 2006 Theatre Book Prize. His book, Contested Will: Who Wrote Shakespeare?, won the 2011 George Freedley Memorial Award. In 2016, his book entitled 1606: Shakespeare and the Year of Lear won the James Tait Black Prizes for biography. 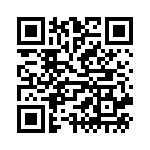