Kathleen R. Sands holds a PhD in early modern English literature and history. She has taught at several colleges and universities and currently teaches intellectual history at Temple University in Philadelphia. She has also worked as an educational consultant for a history museum, developing school programs and public presentations on many historical topics. She is author of An Elizabethan Lawyer's Possession by the Devil: The Story of Robert Brigges (Praeger, 2002). 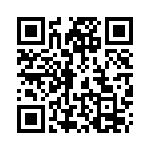