It's not all fiction, here. It covers a range of years from 1934 through 1974, and (as is pointed out in the introduction) each item has been printed previously no more than once, or not at all. If ... Leer comentario completo

If I had been paying attention. If I had only looked for the signs. If I would have not been so excited about picking up another Fritz Leiber book and used some judgment. Ah, if only…. Here are two ... Leer comentario completo

Fritz Reuter Leiber Jr. was born December 24, 1910, the son of a notable Shakespearean actor. He was a graduate of the University of Chicago where he had majored in psychology and physiology, and also attended Episcopal General Theological Seminary. Leiber was an Episcopal Minister from 1932 to 1933, but was encouraged to join his father's company, and toured with him in 1934, leaving two years later when he married in 1936. Leiber became an Editor with Consolidated Book Publishers in Chicago from 1937 to 1941. He was a Speech and Drama Instructor at Occidental College in Los Angeles from 1941 to 1942, a Precision Inspector at Douglas Air Craft Company, Santa Monica from 1942 to 1944, an Associate Editor for Science Digest Magazine from 1944 to 1956, and a Freelance Writer from 1956 to1992. Leiber's interest in writing came from correspondences with a a close college friend, Harry Fischer. Together they developed alter ego characters: Nordic Fafhrd a tall gangly limbed individual from 'the North' - based on Leiber, and the effervescent Grey Mouser - based on Fischer. Leiber first featured the characters in a story, "Adepts Gambit". The story was rejected, but the two characters reappeared in his first published story "Two Sought Adventure", which was published in Unknown magazine John W Campbell, of Astounding Science Fiction was Leiber's first editor. Leiber's first major work as an SF author came with his novel Gather, Darkness! in 1943, concerning the overthrow of a religious dictatorship. An anthology, Ill Met in Lankhmar, published in 1970, received the Hugo science fiction award. Leiber also received a Life Award for his contribution to his field, presented at the Second World Fantasy Convention. He regularly contributed a column to the SF trade magazine, Locus. Leiber was a member of the Science Fiction Writers of America, and a Lecturer for Science Fiction and Fantasy Workshops at Clarion State College and San Francisco State University. In his lifetime, Leiber won 7 Hugo Awards and a Hugo Grandmaster of Fantasy Award , 2 Nebula Awards and a Nebula Grandmaster Award, an August Derleth Award, 3 World Fantasy and one British Fantasy Awards, a Clark Ashton Award, a Balrog Award, a Locus Award, 3 Gigamesh Awards, an Anne Radcliffe Award, a University of Chicago Proffesional Achievemant Citation, and a Bram Stoker Life Achievement Award. He was also nominated for 7 other Nebula Awards, as well as 4 Lovecraft's and one Second Stage Lensman at Moscon. Leiber has appeared in television, film, on radio and in theater, and has written over 40 books. Fritz Leiber died September 5, 1992 at the age of 81. 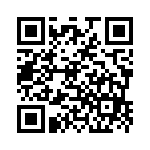