Página 39
As General Marshall , then American Secretary of State , said in his momentous speech at Harvard University in June 1947 , for the sake of recovery and reconstruction , and under United States patronage , Europe was to be united .
Página 94
Dr Smith , a lawyer by training , who has been in succession Dean of the Law School of Dalhousie University and President of the Universities of Manitoba and Toronto , owed his distinguished position in Canada's academic world , not to ...
Página 189
In Scotland , for example , ' despite the foundation of three universities during the fifteenth century , at St Andrews , Glasgow , and Aberdeen , learning and education remained rigidly medieval and so did university curricula until ... 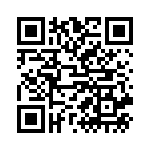