Página 55
An extended quotation from him is necessary in order to obtain an understanding
of the fundamentals of his position: It is one thing, however, to say that this natural
law is from God, as from an efficient primary cause; and it is quite another to ...
Página 122
There were, indeed, cases where definite just causes could be established for
wars; but, on the other hand, there were ... Grotius conceded that cases could
arise where neither party would have a just cause, and, here too, one would have
to ...
Página 137
... Causes of Undertaking War on Behalf of Others " : no This , too , is a matter of
controversy , whether there may be a just cause for undertaking war on behalf of
the subjects of another ruler , in order to protect them from wrong at his hands . 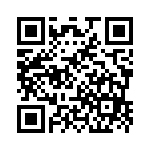