Oliver Taplin is Professor of Classical Languages and Literature at Oxford University, where he is a Tutorial Fellow at Magdalen College. He is also co-director (with Edith Hall) of the Archive of Performances of Greek and Roman Drama. His books include 'Homeric Soundings' (Oxford, 1992) and 'Comic Angels' (Oxford, 1993). He maintains the importance of reaching wider audiences, and has collaborated with various productions in radio, television, and the theatre. 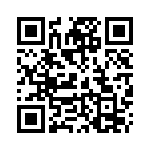