A LIFE IN LETTERS

A smart selection from Fitzgerald's voluminous correspondence, tactfully annotated and chronologically arranged by Bruccoli (English/Univ. of South Carolina), who has collected and edited all of ... Leer comentario completo

A life in letters

With a series of definitive editions of his novels currently in production and the recent release of a major biography (Scott Fitzgerald, LJ 4/1/94), the Fitzgerald renaissance is on. Although ... Leer comentario completo

F. Scott Fitzgerald was born in St. Paul, Minnesota, in 1896, attended Princeton University, and published his first novel, This Side of Paradise, in 1920. That same year he married Zelda Sayre and the couple divided their time among New York, Paris, and the Riviera, becoming a part of the American expatriate circle that included Gertrude Stein, Ernest Hemingway, and John Dos Passos. Fitzgerald was a major new literary voice, and his masterpieces include The Beautiful and Damned, The Great Gatsby, and Tender Is the Night. He died of a heart attack in 1940 at the age of forty-four, while working on The Love of the Last Tycoon. For his sharp social insight and breathtaking lyricism, Fitzgerald is known as one of the most important American writers of the twentieth century.

Matthew J. Bruccoli, Emily Brown Jefferies Professor of English at the University of South Carolina, is the leading authority on F. Scott Fitzgerald and the authors of the House of Scribner. 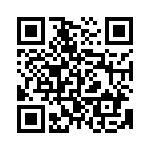