Excellent resource. Must have for every Christian. Leer comentario completo

Great book for a new Christian

This book does a very good job of dividing the spirituality needed in a Christian's life with a complete view of grace in regards to Christ's blood that was shed and the acts it accomplished. Leer comentario completo

Watchman Nee (1903–1972) was a noted Chinese Bible teacher and Christian leader. He began his preaching ministry while still a university student. From 1923 to 1950 Nee founded 200 churches. Starting as small groups meeting in rented houses, these self-supporting congregations became strong spiritually and grew rapidly, continuing to develop after China’s Cultural Revolution. Nee was arrested on false charges in 1952 and found guilty; he was imprisoned until his death in 1972. 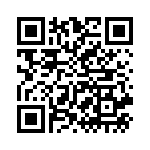