Francis Bacon was born on October 28, 1909. He was born in Dublin, Ireland, to parents of British decent but lived with his nanny, Jessie Lightfoot, for many of his formative years. Bacon began painting in his early 20s and worked only sporadically until his mid-30s. He lived between England and Ireland for many years, earning his money by becoming an interior decorator and a designer of furniture and rugs. In 1944 he created his breakthrough oil painting entitled, Three Studies for Figures at the Base of the Crucifixion. The work is said to have been competed within the timeframe of two weeks. The painting was immediately seen as a sensation and established him as an important post-war artist. Bacon himself insisted that no retrospective of his work should include anything produced prior to 1944. Bacon was plagued with chronic asthma which developed into a respiratory condition. He died of cardiac arrest on April 28, 1992. He left his entire estate to his companion, John Edwards, who then donated the contents of Bacon's studio to the Hugh Lane Gallery in Dublin. 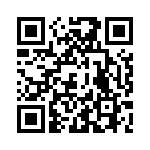