Kate Rigby, Senior Lecturer in German Studies and Comparative Literature at Monash University, Australia, is the author of Transgressions of the Feminine: Tragedy, Enlightenment, and the Figure of Woman in Classical German Drama. 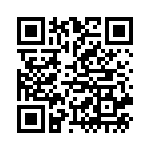