Página 88
The novel is a graphic Bloomsday — four days , actuallyleading up to the 40th
birthday of the protagonist , Fred Lemish . In this span of time , we move at high
speed through the bathhouses , SoHo lofts , piers , discotheques , tearooms , We
...
Página 89
It is in the concern with numbers as a sign of a community ' s newfound visibility
that the novel first invokes the analogy with Jews . In the opening pages , Kramer
writes : “ There are now more faggots in the New York City area than Jews .
Página 96
read , however , as an expression of his Jewish background . Throughout the
novel , the sexual behavior he opposes is presented as a kind of paganism , the
invention of Gentiles , beyond the province of the Jew . One aficionado of the
leather ... 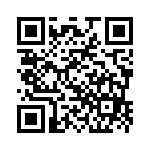