American History That Was Hidden From Me

I am amazed at the history that has been purposely written out of the text books, beginning with my generation, to hide the Christian roots of our nation. I always knew that the United States was ... Leer comentario completo

This book should stand as a great starter for those who are looking to learn more about the faith of the men who founded America. There's a lot of good information here, but there's not enough for a ... Leer comentario completo

Timothy LaHaye was born in Detroit, Michigan on April 27, 1926. He began preaching while working at a summer camp. In 1944, he joined the Army Air Force and was a machine-gunner on bombers in Europe. He received a bachelor's degree from Bob Jones University in 1950, doctor of ministry degree from Western Theological Seminary, and a doctor of literature degree from Liberty University. He served a congregation in Minneapolis until 1956, then became the pastor of the Scott Memorial Baptist Church in El Cajon, California for 25 years. He wrote or helped write over 50 fiction and non-fiction books. He is the co-author of the Left Behind series and the Left Behind: The Kids series with Jerry B. Jenkins. His non-fiction works cover a wide variety of subjects including marriage, family life, depression, homosexuality, anger management, education, and politics. He died days after he had a stroke on July 25, 2016 at the age of 90. 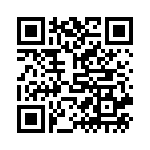