Página 33
In the 1681 Miscellaneous Poems , the poems were to have appeared together in
two related clusters , with three relating to Fairfax's estate at Nunappleton
immediately preceding a much larger group concerning Cromwell , beginning
with the ...
Página 108
John Locke , for example , owned all of Marvell's polemical pamphlets , " as well
as the hostile answers they spawned , and undoubtedly remembered the
Historical Essay on General Councils when writing his own great Letter
concerning ...
Página 179
Together with a Short Historical Essay , concerning General Councils , Creeds ,
and Impositions , in Matters of Religion By Andreas Rivetus , Junior . An Account
Of the Growth of Popery , and Arbitrary Government in England . ' Amsterdam ' ... 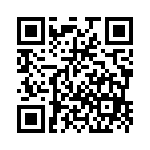