Winifred Bryan Horner holds the Lillian Radford Chair of Rhetoric and Composition and is a professor of English at Texas Christian University. 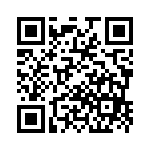