Review: Lyrical Ballads, with Other Poems (1800)

As a reader who also happens to be engaged with modernist writers, I would say that romantic poetry appears elementary. That said, the works are exquisite and I am glad to have gotten this perspective. Leer comentario completo

Nicholas Halmi is University Lecturer in English Literature of the Romantic Period at the University of Oxford and Margaret Candfield Fellow of University College, Oxford. He is the author of The Genealogy of the Romantic Symbol (2007) and numerous articles on British and German Romanticism, editor of Fearful Symmetry: A Study of William Blake in the Collected Works of Northrop Frye (2004), co-editor (with Paul Magnuson and Raimonda Modiano) of the Norton Critical Edition of Coleridge's Poetry and Prose (2003), textual editor of the Opus Maximum in The Collected Works of Samuel Taylor Coleridge (2002), and an advisory editor of Oxford Scholarly Editions Online. 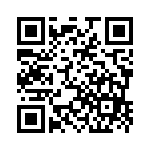