"Reinhard Feldmeier has produced an exceptional commentary that is not only brilliant academically, but one that is also edifying. Feldmeier is at once erudite and accessible. Here is an exegetical commentary that unfailingly leads the reader to the meaning and significance of the text. I recommend it with the greatest enthusiasm."
—Donald A. Hagner, George Eldon Ladd Professor of New Testament, Fuller Theological Seminary
This is now available for pre-order from Logos Bible Software, as part of the Baylor New Testament Collection (11 vols.)
http://www.logos.com/product/30294/baylor-new-testament-collection

Reinhard Feldmeier is Professor of New Testament at Göettingen, and guest professor at Sao Leopoldo, Brazil. 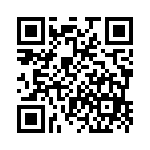