Why this is so overlooked baffles me. This man is to blame for a lot more than a few good books. Not as boring as you thought.

Página 85 - A new commandment give I unto you, that ye love one another; as I have loved you, that ye also love one another. Hereby shall all men know that ye are my disciples, if ye have love one to another. This is my commandment, that ye love one another as I have loved you.
Aparece en 514 libros desde 1707-2008
Página 346 - midst the chase on every plain, The tender thought on thee shall dwell. Each lonely scene shall thee restore, For thee the tear be duly shed ; Belov'd, till life can charm no more ; And mourn'd, till Pity's self be dead.
Aparece en 346 libros desde 1788-2006
Más
Página 73 - Oh certainly, sir, if you prefer that I should." As he opened the folding-door to retire, Nippers at his desk caught a glimpse of me, and asked whether I would prefer to have a certain paper copied on blue paper or white. He did not in the least roguishly accent the word prefer. It was plain that it involuntarily rolled from his tongue.
Aparece en 86 libros desde 1856-2007
Página 83 - ... before I had prospectively assumed that Bartleby would depart, so now I might retrospectively assume that departed he was. In the legitimate carrying out of this assumption, I might enter my office in a great hurry, and pretending not to see Bartleby at all, walk straight against him as if he were air. Such a proceeding would in a singular degree have the appearance of a homethrust.
Aparece en 89 libros desde 1856-2007
Página 46 - ... no view at all, though it gave some light. Within three feet of the panes was a wall, and the light came down from far above, between two lofty buildings, as from a very small opening in a dome. Still further to a satisfactory arrangement, I procured a high green folding screen, which might entirely isolate Bartleby from my sight, though not remove him from my voice. And thus, in a manner, privacy and society were conjoined.
Aparece en 75 libros desde 1856-2007
Página 270 - Some months after, dragged to the gibbet at the tail of a mule, the black met his voiceless end. The body was burned to ashes; but for many days, the head, that hive of subtlety, fixed on a pole in the Plaza, met, unabashed, the gaze of the whites; and across the Plaza looked towards St.
Aparece en 127 libros desde 1856-2007
Página 86 - I endeavored, also, immediately to occupy myself, and at the same time to comfort my despondency. I tried to fancy, that in the course of the morning, at such time as might prove agreeable to him, Bartleby, of his own free accord, would emerge from his hermitage and take up some decided line of march in the direction of the door. But no. Half-past twelve o'clock came; Turkey began to glow in the face, overturn his inkstand, and become generally obstreperous; Nippers abated down into quietude and...
Aparece en 75 libros desde 1856-2007
Página 85 - ... excited, was at unawares hurried into his fatal act — an act which certainly no man could possibly deplore more than the actor himself. Often it had occurred to me in my ponderings upon the subject, that had that altercation taken place in the public street, or at a private residence, it would not have terminated as it did. It was the circumstance of being alone in a solitary office, up stairs, of a building entirely unhallowed by humanizing domestic associations...
Aparece en 53 libros desde 1856-2007
Página 65 - For the first time in my life a feeling of overpowering stinging melancholy seized me. Before, I had never experienced aught but a not nnpleasing sadness. The bond of a common humanity now drew me irresistibly to gloom. A fraternal melancholy ! For both I and Bartleby were sons of Adam.
Aparece en 56 libros desde 1856-2007
Página 84 - What earthly right have you to stay here? Do you pay any rent? Do you pay my taxes? Or is this property yours? He answered nothing. "Are you ready to go on and write now? Are your eyes recovered? Could you copy a small paper for me this morning? or help examine a few lines? or step round to the post-office? In a word, will you do any thing at all, to give a coloring to your refusal to depart the premises?
Aparece en 56 libros desde 1856-2007
Menos

Herman Melville (August 1, 1819 - September 28, 1891) was born into a seemingly secure, prosperous world, a descendant of prominent Dutch and English families long established in New York State. That security vanished when first, the family business failed, and then, two years later, in young Melville's thirteenth year, his father died. Without enough money to gain the formal education that professions required, Melville was thrown on his own resources and in 1841 sailed off on a whaling ship bound for the South Seas. His experiences at sea during the next four years were to form in part the basis of his best fiction. Melville's first two books, Typee (1846) and Omoo (1847), were partly romance and partly autobiographical travel books set in the South Seas. Both were popular successes, particularly Typee, which included a stay among cannibals and a romance with a South Sea maiden. During the next several years, Melville published three more romances that drew upon his experiences at sea: Redburn (1849) and White-Jacket (1850), both fairly realistic accounts of the sailor's life and depicting the loss of innocence of central characters; and Mardi (1849), which, like the other two books, began as a romance of adventure but turned into an allegorical critique of contemporary American civilization. Moby Dick (1851) also began as an adventure story, based on Melville's experiences aboard the whaling ship. However, in the writing of it inspired in part by conversations with his friend and neighbor Hawthorne and partly by his own irrepressible imagination and reading of Shakespeare and other Renaissance dramatists Melville turned the book into something so strange that, when it appeared in print, many of his readers and critics were dumbfounded, even outraged. By the mid-1850s, Melville's literary reputation was all but destroyed, and he was obliged to live the rest of his life taking whatever jobs he could find and borrowing money from relatives, who fortunately were always in a position to help him. He continued to write, however, and published some marvelous short fiction pieces Benito Cereno" (1855) and "Bartleby, the Scrivener" (1853) are the best. He also published several volumes of poetry, the most important of which was Battle Pieces and Aspects of the War (1866), poems of occasionally great power that were written in response to the moral challenge of the Civil War. His posthumously published work, Billy Budd (1924), on which he worked up until the time of his death, became Melville's last significant literary work, a brilliant short novel that movingly describes a young sailor's imprisonment and death. Melville's reputation, however, rests most solidly on his great epic romance, Moby Dick. It is a difficult as well as a brilliant book, and many critics have offered interpretations of its complicated ambiguous symbolism. Darrel Abel briefly summed up Moby Dick as "the story of an attempt to search the unsearchable ways of God," although the book has historical, political, and moral implications as well. Melville died at his home in New York City early on the morning of September 28, 1891, at age 72. The doctor listed "cardiac dilation" on the death certificate. He was interred in the Woodlawn Cemetery in The Bronx, New York, along with his wife, Elizabeth Shaw Melville. 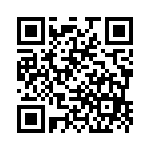