Pßgina 35
All answers to he sent, with the name and address of the competitor, not later
than the 18th of each month, to the Rev. John Kay, Coatbridge. SENIOR
DIVISION. 7 Where was the name of a city called after a heathen god changed, in
order that ...
Pßgina 59
John Kay, Coatbridge, not later than 1st November, 1877, accompanied by a
note from the parent or guardian of the competitor, certifying that it is his or her
own unaided work. Competitors not to be above 18 years of age. Unsuccessful ...
Pßgina 131
John- Kay, Coatbridge. SEN10K DIVISION. 31 What verse, in one of the prophets
, shows that it was not an unusual thing for a shepherd to rescue, from the jaws of
a beast of prey, morsels of the victim that had been carried off ? 32 On what ... 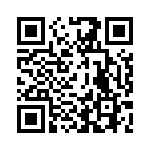