Antonio Damasio was born in Lisbon, Portugal and studied medicine at the University of Lisbon Medical School, where he also did his neurological residency and completed his doctorate. Eventually, he moved to the United States as a research fellow at the Aphasia Research Center in Boston. From 1976 to 2005, he was M.W. Van Allen Professor and Head of Neurology at the University of Iowa Hospitals and Clinics. He is currently the David Dornsife Professor of Neuroscience, Psychology, and Neurology, and director of the Brain and Creativity Institute at the University of Southern California. He has written several books on his research including Descartes' Error: Emotion, Reason, and the Human Brain, which won the Science et Vie prize; The Feeling of What Happens: Body and Emotion in the Making of Consciousness; and Looking for Spinoza: Joy, Sorrow, and the Feeling Brain. He has also received the Prince of Asturias Award in Science and Technology, the Kappers Neuroscience Medal, the Beaumont Medal from the American Medical Association, the Nonino Prize, the Reenpaa Prize in Neuroscience, and the Honda Prize. 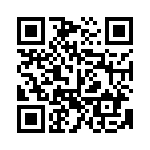