The smash hit Left Behind saga, the best-selling inspirational series of all time, comes to its extraordinary conclusion in this thrilling audiobook. Glorious Appearing picks up the action following ... Leer comentario completo

This book read without much of a story line, as if the authors were trying to milk whatever was remaining from the franchise. The theology was like sugar water mixed with urine that was called ... Leer comentario completo

Página 32 - But this is the covenant that I will make with the house of Israel after those days, says the Lord: I will put my law within them, and I will write it on their hearts; and I will be their God, and they shall be my people.
Aparece en 740 libros desde 1816-2008
Página 30 - And many nations shall come, and say, "Come, and let us go up to the mountain of the Lord, and to the house of the God of Jacob; and he will teach us of his Ways, and we will walk in his paths:" for the law shall go forth of Zion, and the word of the Lord from Jerusalem.
Aparece en 611 libros desde 1809-2008
Más
Página xxxi - They were stoned, they were sawn asunder, were tempted, were slain with the sword. They wandered about in sheepskins and goatskins; being destitute, afflicted, tormented; of whom the world was not worthy. They wandered in deserts, and in mountains, and in dens and caves of the earth.
Aparece en 948 libros desde 1698-2008
Página 348 - Christ Jesus: Who being in very nature God, did not consider equality with God something to be grasped, but made himself nothing, taking the very nature of a servant, being made in human likeness. And being found in appearance as a man, he humbled himself and became obedient to death — even death on a cross.
Aparece en 539 libros desde 1815-2008
Página 183 - Seek the LORD while He may be found, Call upon Him while He is near. Let the wicked forsake his way, and the unrighteous man his thoughts; Let him return to the LORD, and He will have mercy on him; and to our God, For He will abundantly pardon.
Aparece en 907 libros desde 1661-2008
Página xxiv - Depart from me, you cursed, into the eternal fire prepared for the devil and his angels; for I was hungry and you gave me no food, I was thirsty and you gave me no drink, I was a stranger and you did not welcome me, naked and you did not clothe me, sick and in prison and you did not visit me.
Aparece en 446 libros desde 1808-2008
Página xii - And I saw a great white throne, and him that sat on it, from whose face the earth and the heaven fled away, and there was found no place for them. And I saw the dead, small and great, stand before God, and the books were opened ; and another book was opened, which is the book of life; and the dead were judged out of those things which were written in the books, according to their works.
Aparece en 846 libros desde 1798-2008
Página 36 - And an highway shall be there, and a way, and it shall be called The way of holiness: the unclean shall not pass over it; but it shall be for those; the wayfaring men, though fools, shall not err therein.
Aparece en 645 libros desde 1805-2008
Página xxxi - Women received their dead raised to life again; and others were tortured, not accepting deliverance, that they might obtain a better resurrection...
Aparece en 911 libros desde 1683-2008
Menos

Jerry B. Jenkins was born in Kalamazoo, Michigan on September 23, 1949. He is the author of more than 175 books including the Left Behind series, Riven, Matthew's Story, The Last Operative, and The Brotherhood. He is also the former editor of Moody Magazine, and his writing has appeared in Reader's Digest, Parade, Guideposts, and dozens of Christian periodicals. He wrote the nationally syndicated sports story comic strip, Gil Thorp, from 1996-2004. He owns Jenkins Entertainment, a filmmaking company in Los Angeles, which produced the critically-acclaimed movie Hometown Legend, based on his book of the same name. He also owns the Christian Writers Guild, which trains professional Christian writers. As a marriage and family author and speaker, he has been a frequent guest on Dr. James Dobson's Focus on the Family radio program. 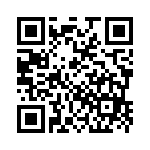