Geoffrey Godbert was born in Stretford, Manchester, England on June 11, 1937. While writing poetry in London, he joined the publicity department of the publisher Bodley Head and then got a job working for Rediffusion TV on the music programme Ready Steady Go! His first collection of poetry, Ides of March, was published in 1975. He founded a small press named Greville Press with Harold Pinter and Anthony Astbury. Godbert wrote more than a dozen collections of poetry including Journey to the Edge of Light and produced two anthologies, 100 Poems by a Hundred Poets and 99 Poems in Translation. In the 1990s, Geoffrey ceased to be involved in the Greville Press. He died on July 3, 2017 at the age of 80. 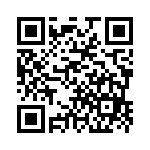