Página 96
The process of human history , as described by Michael to Adam in Books XI and
xii , is one of constant conflict ... Men will be afraid of their humanity , of their
nakedness , of what they are capable of ; society will inflict ' outward rites and ...
Página 97
Paradise Lost shows what is meant by the loss of liberty and how the course of
human history will be a struggle , unsuccessful until the end of time , to regain it .
Samson Agonistes , drawing on one event in human history as an example for all
...
Página 98
When Christ has rejected the temptations of kingly and military power , earthly
glory , and human learning , Satan asks Since neither wealth , nor honour , arms
nor arts , Kingdom nor empire pleases thee , nor aught By me proposed in life ... 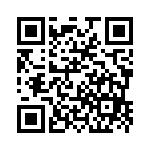