Sylvia Nasar is an economics correspondent for The New York Times. She lives in Tarrytown, New York. 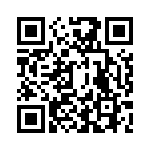